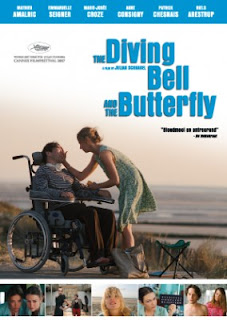 Julian Schnabel’s immaculate 2007 The Diving Bell and the Butterfly creates an ethereal, heartbreaking atmosphere that reminds me a great deal of Kathryn’s works from the “One Day” series, or this piece from the “Journey” series. The setting for The Diving Bell and the Butterfly is a rehabilitation center on the Northern coast of France, and Schnabel, an accomplished artist and director, portrays the place lovingly in sandy taupes, purpley-gray blues, and a divine yellowy-white light. In Kathryn’s works the beaches of the Outer Banks are shown in a similar way, with the hint of human and animal life adding the touch of emotion that pervades the entire duration of Schnabel’s film. Having seen the film before being introduced to Kathryn’s work, upon reviewing it’s impossible to miss how similarly (and well, may I add) both artists have dealt with a similar subject and turned it into something much more meaningful than its face value.