BEHIND THE SHOT: Meet Nash, he is a Metropolitan…. 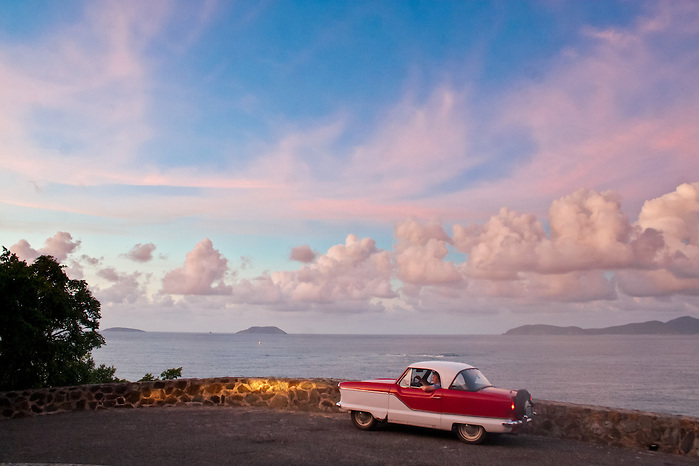 I had a great time this week photographing a rare sight, Nash Metropolitan. The car is the only one in the Virgin Islands and dates from 1962, one of the last years Nash manufactured the Metropolitan model. Many celebrities have also owned a similar vehicle, including Jimmy Buffet, who had a 1958 Nash which he drove around Key West Florida. This car was really beautiful and spoke to me of a genteel era on St. John, when a car was a less common sight than a sailboat. Deanna, the car’s owner, imported it from the U.S. where it has been a member of her extended family for years. She drives it daily and says it ‘runs like a top.’