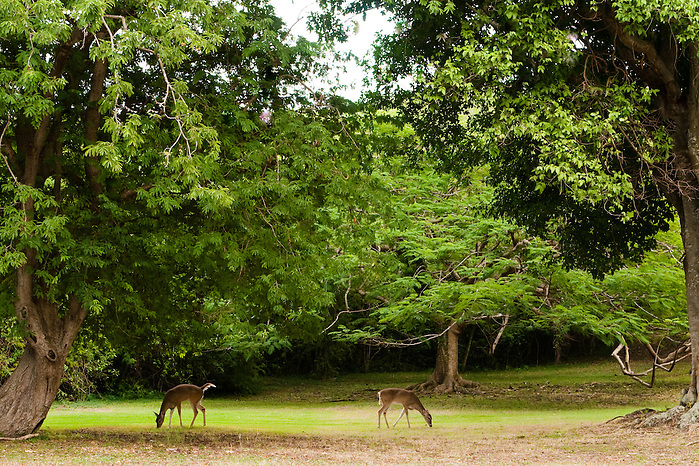 Recently St. John has had a more visible population of deer, such as these two does photographed in Caneel Bay resort. Locals say that the population originated from a few deer swimming over to St. John from a neighboring island. They have become much more visible on the trails in Virgin Islands National Park and their boldness is noticeable. The park affords the non native species a sanctuary and no natural predators – though a concerted effort is underway from park staff to control the population. Despite thier invasiveness I am finding inspiration from seeing these familiar creatures, especially with their siginificant role in many cultures myths and legends.