Sunset over the Ravenel bridge 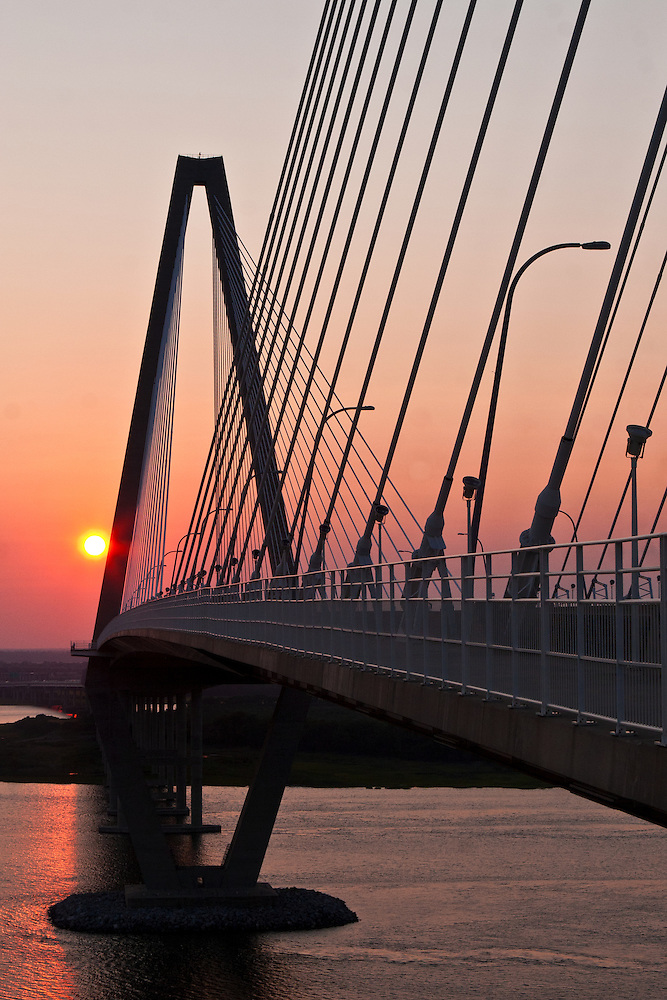 The sun sets over the Cooper river and the Arthur Ravenel Jr. bridge in Charleston, South Carolina.

“The Arthur Ravenel Jr. Bridge, also known as the New Cooper River Bridge, is a cable-stayed bridge over theCooper River in South Carolina, connecting downtown Charleston to Mount Pleasant. The eight lane bridge satisfied the capacity of U.S. Route 17 when it opened in 2005 to replace two obsolete cantilever truss bridges. The bridge has a main span of 1,546 feet (471 m), the second longest among cable-stayed bridges in the Western Hemisphere. It was built using the design-build method and was designed by Parsons Brinckerhoff.” -Wikipedia

Home every year to the Cooper River Bridge Run, and a lifeline for many in the Lowcountry, the Arthur Ravenel Jr. bridge is a great illustration of how transportation in Charleston has evolved over the past century. The bridge has even been featured on television. Originally dubbed the John P. Grace Memorial Bridge for former Charleston mayor John P. Grace, the original span was 2.7 miles long and warranted a review by the Mayor and a three day party upon opening in 1929. Crossing the Cooper has not only been important for motorists and annual bridge runners; but also for those looking for a challenging workout involving an incline – sometimes hard to come by while living at sea level. The Ravenel bridge is able to provide just that, with a running/cycling lane walled off from regular traffic. Talk about a workout with a view! 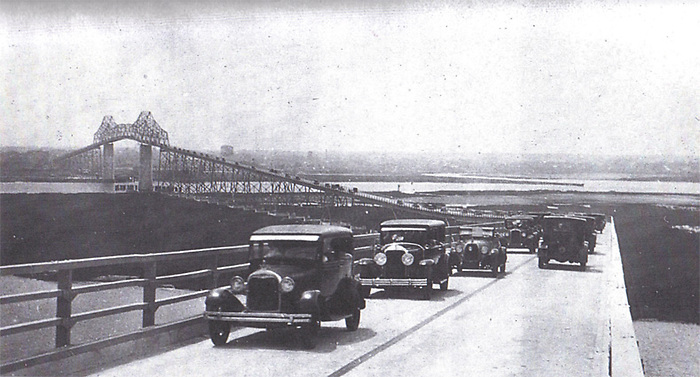