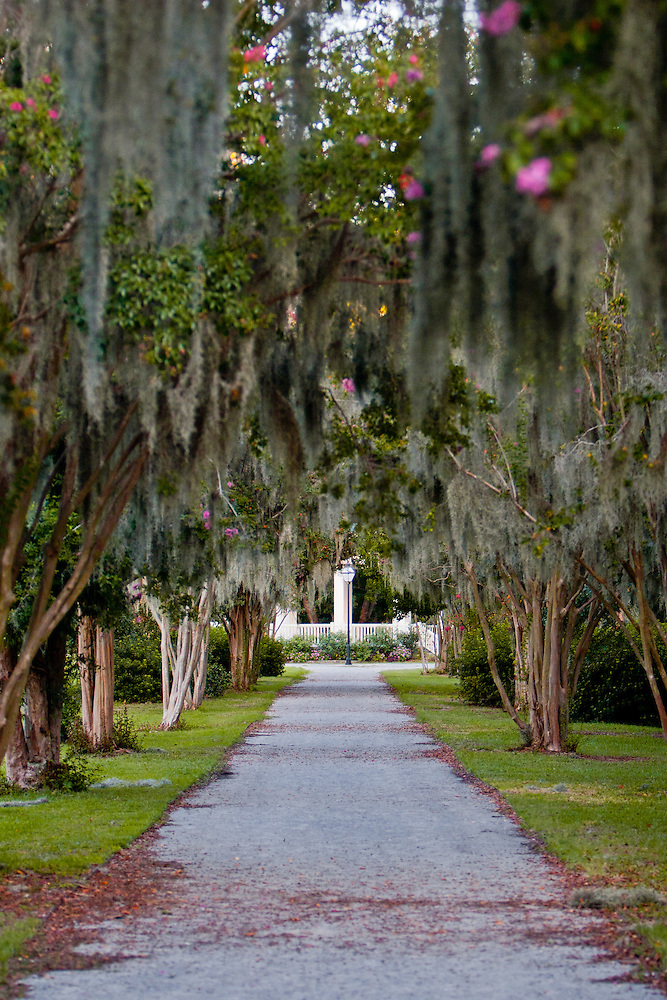 Spanish moss hangs from trees lining a walkway to the bandstand in the City of Charleston’s Hampton Park.

“The park was named in honor of Confederate General Wade Hampton III who, after the Civil War, had become governor of South Carolina. The bandstand from the South Carolina Inter-State and West Indian Exposition of 1901–1902, once located in the center of the park, was saved and moved to its present location at the east edge of the park at the foot of Cleveland St.[7] In addition, the building at 30 Mary Murray Blvd., which is currently used as the city’s Parks Department offices, was retained from the exposition, where it served as a tea house.” – Wikipedia 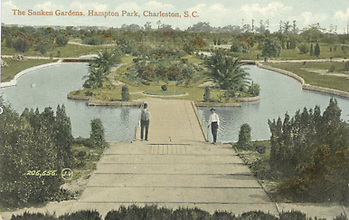 Above, a postcard of the Sunken Gardens, from the South Carolina Inter-state and West Indian Exposition. The Charleston Horticultural Society has a fabulous series of self guided audio tours for your next stroll around Hampton Park.