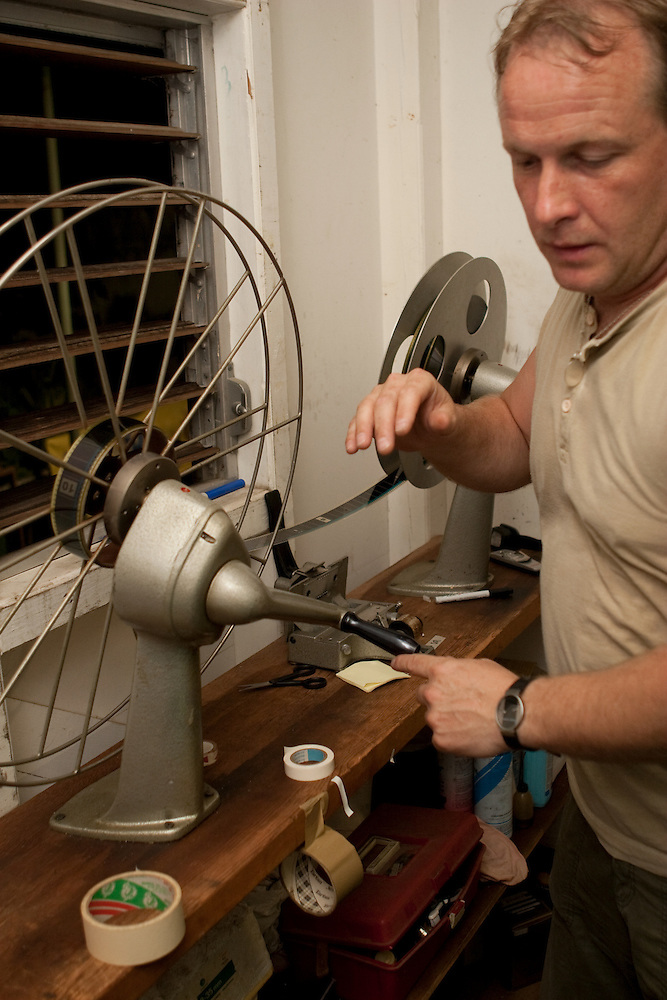 I resided on St. Barthelemy briefly, and our stay coincided perfectly with the fabulous “Cinema Caribes” a yearly film festival unique to the French West Indies. 2007 was the 35th anniversary of ‘The Harder They Come’ a film that proved to be pivotal in introducing Jimmy Cliff and the reggae genre to American audiences. I saw the film the second evening of my stay in St. Barthelemy and thought it a fitting introduction to another Caribbean interlude.

The shot above was of the projectionist, who was so kind as to give me a tour of the loft where the projection room was housed. It seemed as though a reverence for the original print of the film demanded a very skilled individual to conduct the screening. I found the projectionist to be fascinating and the film to be a wonderful look into the early days of reggae.

I would highly reccomend a stay in St. Barthelemy to attend this unique film festival. The 2010 St. Barth Film Festival will be April 24th-April 30th, 2010. Full Details and schedule of screenings can be found by clicking here.